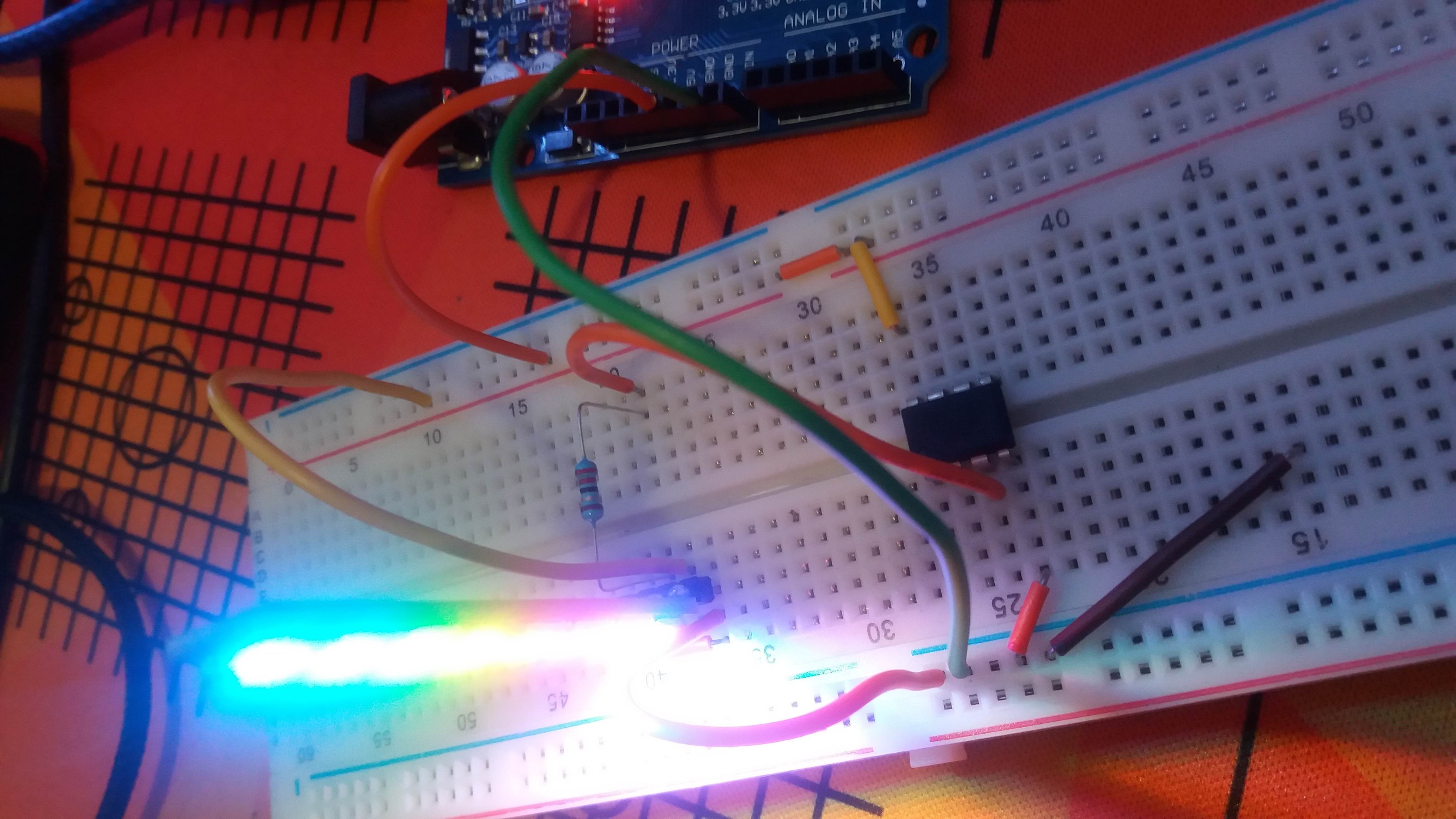 The attiny series are a very cheap series of microcontroller that can be used to create more permanent circuits without having to sacrifice your arduino_uno.

Using the Arduino IDE with an ATtiny85

When using an ATtiny85 with the Arduino IDE, the pinout looks like this: 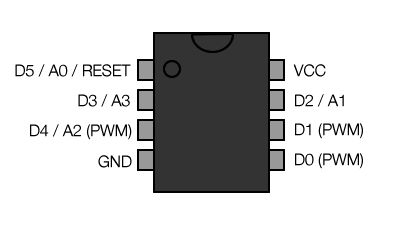 Programming from an Arduino Uno

Connect up the Uno to the ATtiny85 on a breadboard like so:

When selecting the board in the Arduino IDE, never select an external oscillator setting unless you actually have one, you can brick your chip. By default, the ATtiny85 will work at 1 MHz. You can change the fuse settings in the chip to the settings you selected by choosing “Burn Bootloader”. This menu option is misleading, in that for the ATtiny range this will not actually burn the bootloader at all, but it will set the fuses for the clock speed for you.

Except where otherwise noted, content on this wiki is licensed under the following license: CC Attribution-Share Alike 4.0 International